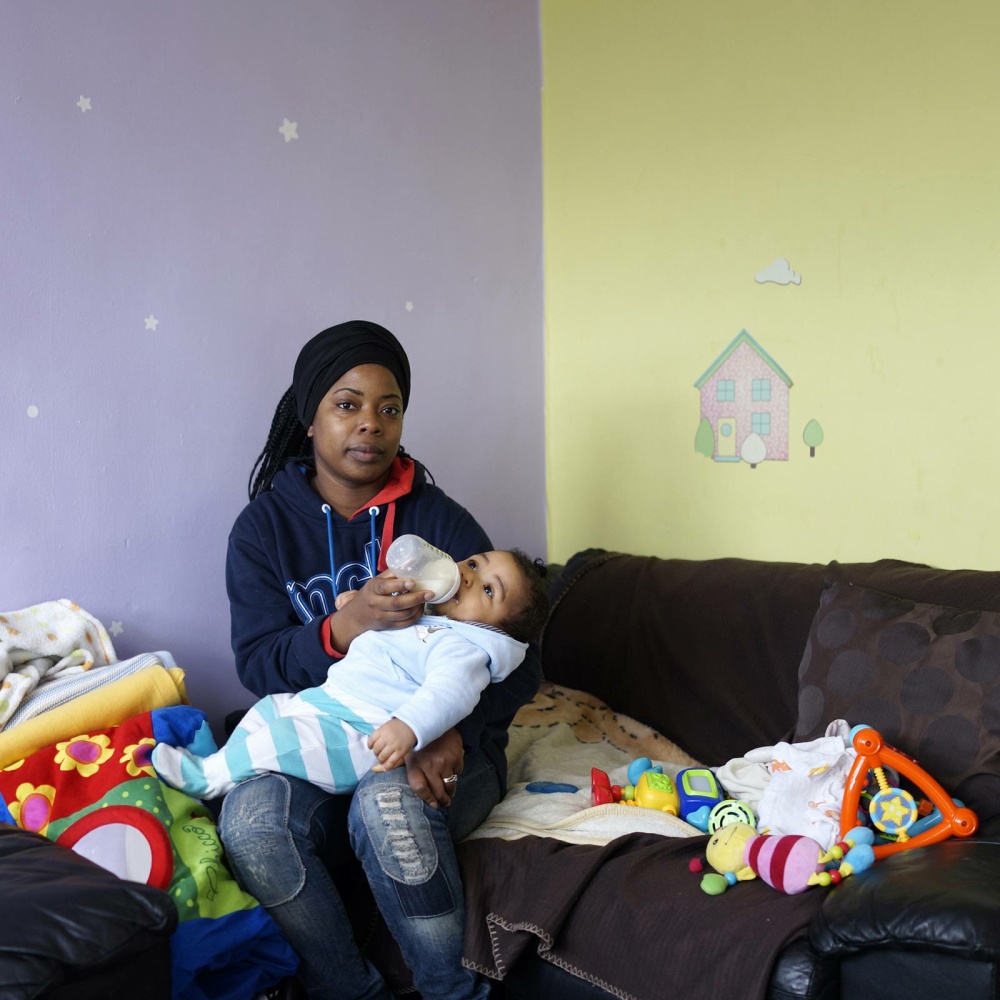 This week it was announced that over 1 million people received help from UK food banks during the past year. Why then are most news articles on the subject illustrated with rows of tins or tables of statistics, rather than by people?

In North America and in mainland Europe, food banks are old news, but in the UK, figures show they have soared in six years from 25,000 to over 1 million people receiving a three-day supply according to Trussell Trust figures. Others contest this figure and say its only half a million people. (If you want to crunch the numbers, see below). Of those hundreds of thousands of people, next to nil appear in the press. I set aside a month to follow the food-bank supply lines to the homes of hungry Britons in 21st-century Britain prior to the general election.

Depending on the spin, food banks represent a government’s failure or the success of civic society – or both. Working on this story felt more difficult than on assignments in politically charged Tibet or Zimbabwe. In both those places, I received a warm welcome and a willingness from participants despite arguably greater risks to their freedom. People’s trust acts as a catalyst for trustworthy reporting, especially on politically sensitive stories. I was very aware of the trust they gave me and worked hard to ensure they remained safe once I had jumped on a plane and flown away. What about back home in the UK? The story of food-bank clients remains hidden for the shame of being seen.

In London, I criss-crossed the capital from one cancellation to the next. With each knock-back I considered cutting my losses. I could understand their reluctance – an outsider asking people to share their struggle in the national media. I was trying to counter the stigma, but it is a hard sell. In Scotland, one man was heckled by a passing driver as he was leaving a food bank: ‘You dirty, scrounging, junkie bastard!’ That was in public: imagine the abuse he could receive online.

Of those appointments we managed to arrange, many cancelled. Some silently ignored texts and phone calls, others giving reasons to remain anonymous and prevent the shame of their family or friends or workmates finding out. I was disappointed but not surprised. The people I did meet were struck hard by circumstances (unemployment, bereavement, illness) and were embarrassed to ask for help.

The Trussell Trust, the UK’s largest food bank network, helped with access. They said cancellations were par for the course. The press request a case study, they line someone up, they cancel. These food banks run as autonomous entities, so it is up to the food-bank managers to approach people who might want to share their stories.

Working this way requires determination to walk the tightrope of accuracy and access. It is frustrating, it is tiring, and for me it is financially risky because it is self-funded. In the end it is important to share personal stories because tins of beans, like statistics, don’t bleed.

I am thankful for those who were bold enough to share their stories.

See the full set of images on Panos Pictures.

A note on figures:  Following the announcement of 1.1 million people,  a critique of the figures by Full Fact said this is not 1.1 million people but 1.1 million visits. The Trust say ‘visits’ isn’t accurate and it is best reported as ‘over a million people received three days of emergency food’, and had openly admitted that these are not unique users. Full Fact estimates that total individuals is likely to be only 500,000 people or so, based on Trussell Trust data. Full Facts also point out (as has been done many times) that supply does not mean new demand. There may have been people in need of emergency food in the past who wouldn’t have shown up in the Trust’s figures. People may have been hungry before, but we just hadn’t noticed. Trussell Trust figures show that demand is outstripping supply and has been for some years. Numbers of new food banks, they say, don’t explain the much greater increase in food bank use. Full Fact links to a helpful British Medical Journal article that shows ‘the increase in use and number of food banks is associated with spending cuts, benefit sanctions and unemployment’. Full Fact also points out that the Trussell Trust is one of many providers and provides only a third of emergency food aid. The problem looks far larger than the 1 million people found in this new report. It also concludes that ‘Data from the Trussell Trust may be the best evidence we have, but reporting needs to be clearer.’